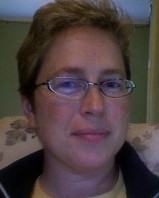 We are investing in Food For Change because it is the documentary we’ve been waiting for ever since we launched our monthly Good Food Film Series almost two years ago. At our Co-op, we have seen first-hand the power of film to educate, motivate and inspire. Films like Fresh, Dirt!, My Father’s Garden, and What’s On Your Plate? create palpable energy in theatre audiences. After seeing the trailer for Food for Change, I know that the film will be a great experience for our community, helping us understand our Co-op’s place in the world and reinforcing our members’ loyalty and sense of connection to the cooperative movement.

The Moscow Food Co-op has over 6000 members and generates over $7 million in sales annually from our 15,000 sq. ft. store in downtown Moscow. We have not had much sales growth recently due to the bad economy but great management teamwork resulted in a small profit last year, some of which we have invested in several new outreach programs and increasing our community contributions in 2010. But, that doesn’t mean we can promise a flat $4000 to Food For Change, as much as I’d like to. A new Super Wal-Mart opened nearby a couple months ago, and we’re having a very bad winter so far, and we need to be super cautious while we see how all that plays out!

So we came up with an alternative investment plan.

We give away about $1000 each month to local non-profits. About $500 of that goes to all those local non-profit organizations that need a little something for their fundraising breakfasts and silent auctions and so on. By being more careful with this “discretionary” charitable giving, we can send $100 each month to Food For Change. In months when requests are slower, we can even send a little more.

Each month when I submit the check request to our finance office for Food For Change I get a little thrill thinking of the day when we’ll finally be able to see the finished film on the big screen of the Kenworthy Theatre in downtown Moscow. I’m already imagining the menu our kitchen can create for the special gala buffet…. So I hope you’ll join us in supporting Food For Change! Thanks!

“Plant a radish, get a radish, never any doubt.  That’s why I love vegetables, you know what they’re about!”