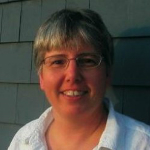 For years we hadn’t given as much attention to education about cooperatives as we should. As a result, the long-term consequences to our co-op and the cooperative economy is misinformation and confusion about just what co-ops are and their importance in our economy. I’m sure we’re not the only co-op that’s done this. It’s not uncommon for people to think there’s little difference between co-ops and privately-owned natural foods stores. If we expect this to change, we need to put more resources toward our Fifth Principle:

“Co-operatives provide education and training for their members, elected representatives, managers, and employees so they can contribute effectively to the development of their co-operatives. They inform the general public–particularly young people and opinion leaders–about the nature and benefits of co-operation.”

This is why we initiated Food For Change. We believe that a well made documentary, that tells both our history and the current things we are doing to create strong, economically stable communities, is a great way to portray what we’re about. It has the potential to reach millions of people.

Because the film has turned out to be larger in scope than we originally envisioned, we need your help to complete and distribute it. That’s where the 6th principle comes in: Cooperation among Cooperatives.

“Co-operatives serve their members most effectively and strengthen the co-operative movement by working together through local, national, regional and international structures.”

The Co-op Pioneers had the foresight to recognize the importance of educating others about the cooperative model, and as a result, co-ops flourished throughout the 19th century. For co-ops to grow and again gain momentum as a movement, we need engaging ways to explain what co-ops are and why they exist.

Our investment of $35,000, allocated over two years from our marketing, member education, and employee training budgets, is our commitment to these cooperative principles. We we hope it will spur others to invest. We’d like to see the film completed and shown frequently throughout 2012, the year the United Nations has declared the International Year of Co-operatives. This is a great opportunity for co-ops. With your participation, we can make it happen!

“If organic farming is the natural way, shouldn’t organic produce just be called “produce” and make the pesticide-laden stuff take the burden of an adjective?”