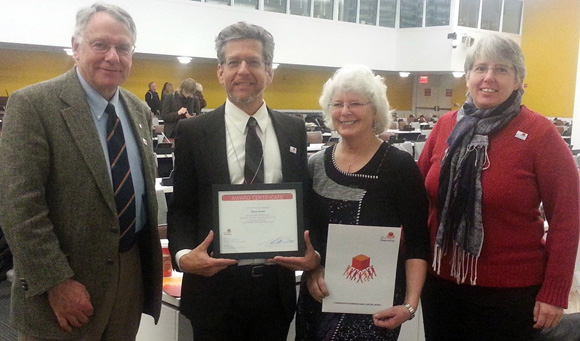 Great News! Our film about food co-ops in the Twin Cities was selected as a Winner of the United Nations International Year of Cooperatives (IYC) Short Film Festival held at the UN headquarters in New York City last month. Several co-op leaders, myself, and members of my crew travelled to New York to receive the award. We produced this 15-minute film– a chapter from the feature-length film Food For Change– to gain advance publicity for the feature film to be released in Spring 2013, and to show strategies to expand the cooperative movement in the United States and throughout the world.

“The environmental crisis arises from a fundamental fault: our systems of production – in industry, agriculture, energy and transportation – essential as they are, make people sick and die.