National Co-op Month is a busy time for showing Food For Change. In October 2014 there were 17 shows in ten states; I logged 9,000 miles, making seven presentations in the Florida Panhandle and the Pacific Northwest. This year, screenings occurred in California, Colorado, Massachusetts, New York, and Washington for new and established co-ops, start-ups, and community groups.

I spent several years producing, directing, writing, and editing a movie about cooperatives because, as a member of my co-op and an internationally-recognized filmmaker, it was a chance to put my 30+ years of filmmaking skills to good use. I believe cooperatives are a superior business model for social, environmental, and health reasons. I want more people to know about them. I told the epic story of four generations of cooperators working together with the conviction that they could create a more just economic system, because I found it inspiring and it enabled me to portray three of the seven Cooperative Principles: education, working together, and concern for community.

Food For Change was an ambitious film to make. In making it, I forged relationships with over 200 co-ops and made many new friends. That job is now done. My heartfelt thanks to all of you who helped. I’ll take a bow now and move on….

Not so fast! I didn’t do this just to tell a good story, I made Food For Change to make a difference. And that goal hasn’t been reached. Food For Change isn’t just another food documentary. It’s a film that makes you want to buy healthy food from a co-op. It identifies co-ops as the authentic choice in the fierce and growing competition for natural foods. Read More… 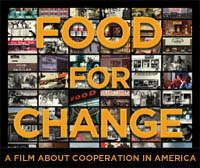 So much is happening with Food For Change! Since the film’s release it’s been shown at over 100 events in 30 states. And it’s just the beginning. The advent of the online digital age has changed the map of media distribution. If we are able to put in the time and effort needed to build connections between people and organizations, there is little to stop us from reaching millions of people on the benefits of belonging to a co-op. Please read our Outreach & Distribution Plan. Let’s work together, following Cooperative Principles 5, 6, & 7. Now is the time for a National Cooperative Education Campaign!  Read more here… 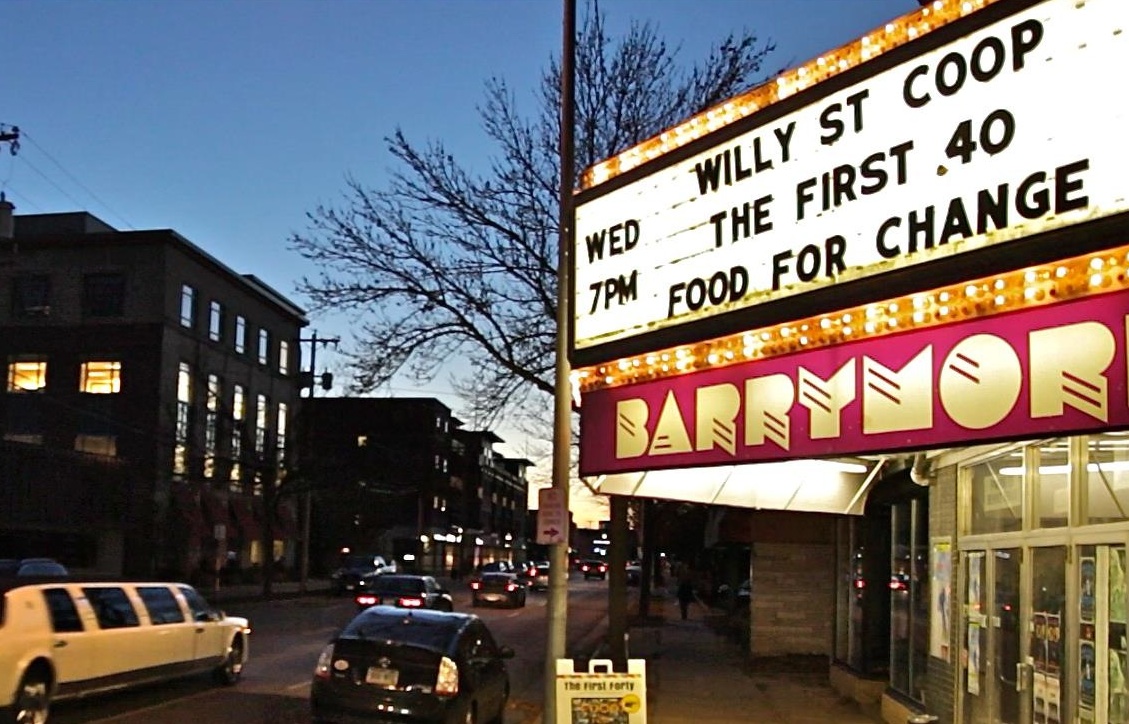 A $10,000 grant from Frontier Co-op will help co-op members, the general public, and college and high school students across the country learn about cooperatives using the documentary Food For Change! Their contribution will help up to 30 co-ops receive a discounted copy of the two DVD set of Food For Change. Also in this newsletter, we give an overview of the Co-op Month screenings nationwide, and Steve Alves’ tour to six cities around the country. Read it here. 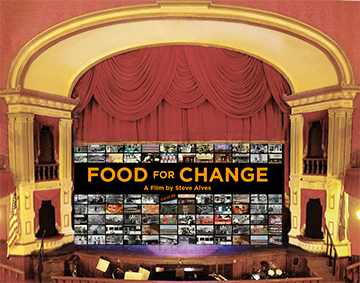 It’s time for a National Cooperative Education Campaign using Food For Change! Also in this newsletter, we welcome co-ops to review our Outreach and Distribution plan to spread the idea of cooperation nationwide. We thank our new contributors, share endorsements from recent screenings, and include a special gift. Read it here.

On July 5 we wished everyone  a very happy International Day of Cooperatives by sharing our interactive Food Co-op Map of the U.S., and a free screening of Steve Alves’ documentary Talking to the Wall. 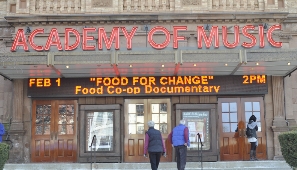 112 DVDs shipped out to those co-ops who gave $500 or more. We welcome new co-op sponsors and discuss the marketing and distribution phase that is now beginning.

Sign up here to receive updates on the film.

News about the coming DVD release & request for sponsors to review their sponsor credits. Recap of our near-hometown screening at the Academy of Music in Northampton, MA. Welcome to new sponsors. Upcoming screenings list & more! 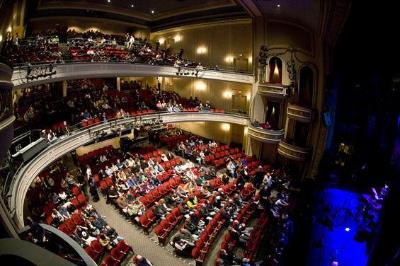 Announcement  of the October 20, 2013 world premiere of  Food For Change at the legendary Fitzgerald Theater  in St. Paul, Minnesota, with simultaneous  webcast to co-op communities across the country.  Links for ticket sales, webcast sign-up, promotional materials.  Funding update. 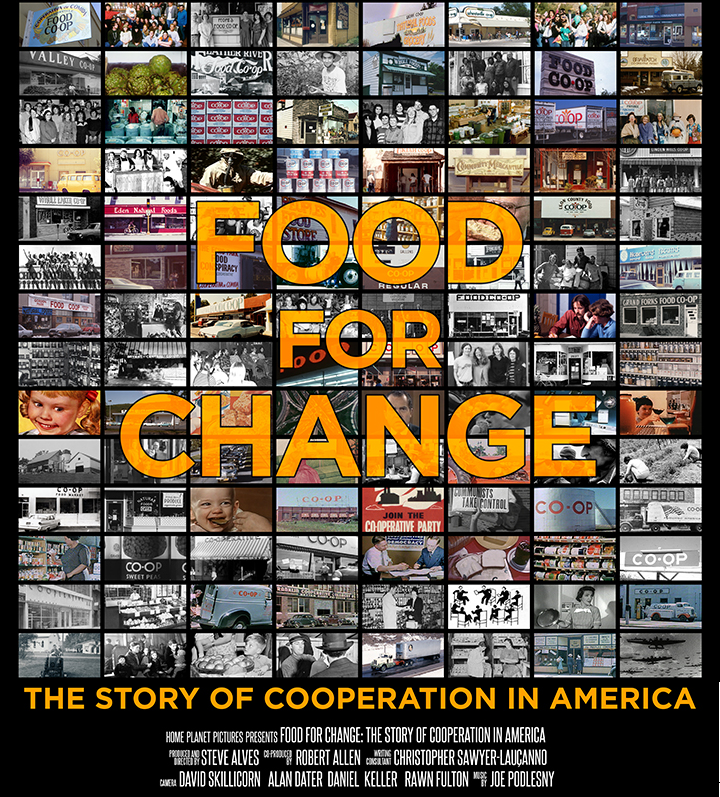 Director Steve Alves provides an update on production, a look at the poster for the film, and a look at the status of our fundraising efforts.

We also say hello to some new members of the team!