VSECU, Harvest Brewing and the Vermont Employee Ownership Center co-present a free community film screening at Harvest Brewing.   Come watch the documentary “Food For Change: The Story of Cooperation in America”.   The event begins at 5:30 p.m. on Thursday, October 27.

Food for Change examines the important historical role played by food co-ops.  It shows how cooperatives in diverse sectors strengthen local economies and build food security. The film aims to educate a wide audience about the principles of cooperation with a focus on healthy food and a healthy economy.

Enjoy appetizers and a cash bar starting at 5:30pm.  The movie will start promptly at 6:30.  The evening will conclude with a discussion of the film and the role of co-ops in Vermont’s economy. In addition, representatives from Vermont State Employees Credit Union and the Vermont Employee Ownership Center will be on hand.  Because it’s National Co-op Month, several screenings of the film are happening in Vermont, thanks to VSECU and VEOC. 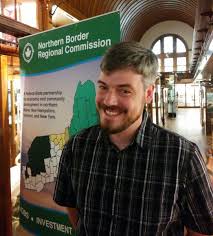